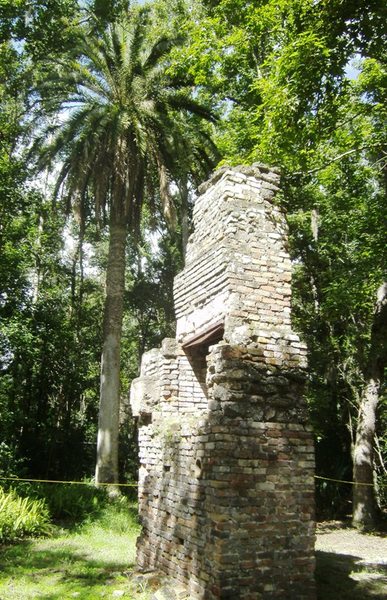 You may already be aware that the Ormond Beach area features some of the most novel and interesting attractions in Florida. But did you know that there’s a historically-significant site that you might have driven right past?

Nestled in the woods off West Granada Boulevard (near the Granada Professional Center) is the site of Three Chimneys Sugar Works. This is the country’s oldest sugar plantation, which also featured a sugar mill and rum distillery. At one time, the site spanned more than 20,000 acres.

Today, Three Chimneys Sugar Works is only accessible as part of the Ormond Beach Historical Society’s monthly bus tours, which are open to the public for a nominal fee. In the future, society leaders say the site will be available for walk-up access, though an exact date for that occurrence has yet to be announced.

Still, this attraction (and others like it) are part of what make Ormond Beach a dynamic, exciting, and family-friendly community. Read on to learn more about the Three Chimneys Sugar Works site, and it’s importance to Central Florida.

Construction on the site began in 1765. At that time, it was known as Swamp Settlement. Though sugarcane was the intended focus of the mill, a hard freeze ruined the crop and forced a change in plans. That’s when indigo and rice became the main crops at the site.

At the end of the Revolutionary War, control of Florida reverted to Spain. At that time, most such plantations were abandoned. The Three Chimneys Sugar Works site quickly became overgrown, and many of the wooden structures faded back into nature.

After the Civil War, early settlers to the area recognized the significance of the site, though they weren’t exactly sure about its origins. Years later in 1914, the site became part of a tourist attraction and state promotion. In 2003, the Ormond Beach Historical Society was granted a 50-year lease of the Three Chimneys Sugar Works site.

Today, the site is on the National Register of Historical Places. As mentioned, the area is currently only accessible as part of the Ormond Beach Historical Society’s monthly bus tours, though plans for a public, interactive exhibit are being discussed.

This attraction isn’t the only site of historical significance, however. Many other locations throughout Ormond Beach and the surrounding area offer a unique glimpse into early Florida life — some dating back centuries.

That includes the Ormond Burial Tomb, which contains the remains of some of the earliest Native American settlers to the area. Just down the road (along the Ormond Scenic Loop and Trail) is Ormond Tomb Park, which is the final resting place of James Ormond II — the son of Ormond Beach’s founder.

In addition, public parks around the city boast interesting pasts, including Bulow Creek State Park, which features the world-famous Fairchild Oak. Nearby is Tomoka State Park, home of the Nocoroco Historic Site.

Downtown Ormond Beach is where you’ll find The Casements, which was the winter home of John D. Rockefeller. Just up the road is access to the beach itself, which was where some of the earliest race cars were tested. These races paved the way for what would eventually become NASCAR.

Part of a Thriving Community

These are just a few of the many interesting attractions in Ormond Beach. In addition, several community events are planned each year. It’s just one more reason why people from across the country and the globe love to call Ormond Beach home for all or part of the year. Now, you can join their ranks, and experience for yourself how life in this tight-knit beach town is unlike any other place in the world.

For nearly 30 years, we’ve assisted countless homeowners just like you in finding their perfect spot in the growing and thriving neighborhood of Halifax Plantation. Close to modern conveniences but still connected with nature, this is the ideal space to relax, unwind, and enjoy quality moments with friends and loved ones. Contact us today to discover how straight-forward and affordable it is to finally realize your dream of custom home ownership.